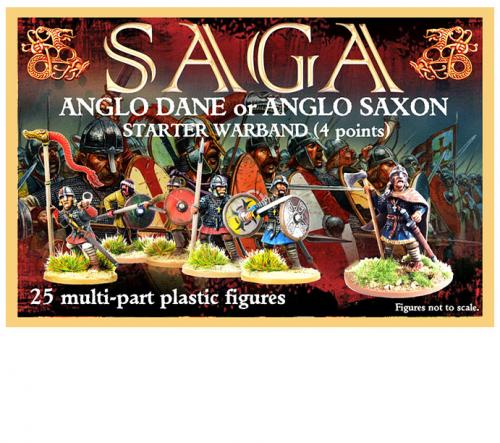 This box contains a combination of multi-part 28mm plastic figures from the GBP02 and GBP03 boxed sets.

This box can be built as a 4 point plastic Anglo Danish or Anglo Saxon Warband as follows: 1 Warlord, 8 Thegns/Huscarls (Hearthguard), & 16 Ceorls (Warriors) plus a plastic Renedra 25mm diameter base for each figure and 1x 40mm diameter base for your Warlord.

This box also contains 4 bonus unarmoured figures so you can make one of your Anglo-Saxon Warrior units into a Levy unit, plus three extra armoured figures and a host of extra options to customise your Warband.

Rules for these figures can be found in SAGA: Age of Vikings.

Supplied unpainted and unassembled. Supplied with bases suitable for SAGA.

Transfers for these figures can be found here! 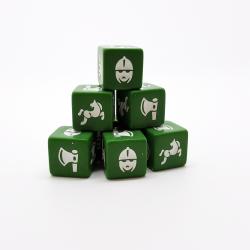 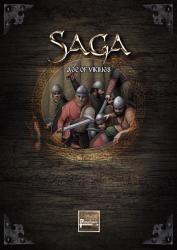 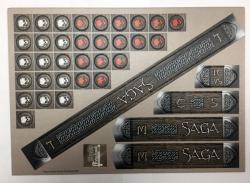