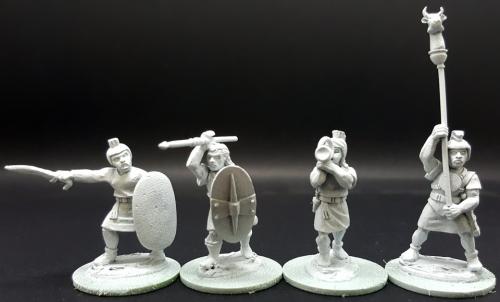 Provided unpainted and unassembled. This pack always comes with one falcata, one angon, one standard and two shields. There is also the choice to field them as scutarii (a choice between Smooth Scutum shields, Winged Boss shields or a mixture) or caetrati (Round Bucklers /w Boss).