On the 8th June 793AD the quiet monastery of Lindisfarne on the north-east coast of England was attacked and plundered by sea-born raiders - the Age of the Vikings had begun. For more than two centuries, the fury of the northmen was unleashed across the British Isles, inspiring awe and abject terror. War waged between Anglo-Saxons, Welsh, Vikings and Normans until, finally, the Normans achieved domination on top of Senlac Hill at the Battle of Hastings, 1066. This period of history was an age of endemic warfare that saw mighty warlords at the head of their warbands struggle for power, wealth and glory, writing their legends with steel and the blood for their enemies. Dark times that brought us the tales and deeds of legendary heroes like Harold Godwinson, William the Bastard or Ragnar Lothbrok. Saga is a game for model soldiers set in the Viking Age when strength and bravery were worth a thousand men. This rulebook contains all the necessary information you need to discover the innovative SAGA gaming system and within these pages you will find not only all the games rules but also a selection of scenarios to get you started plus descriptions of four of the factions involved in the wars of the Age if Vikings (Anglo-Danish, Vikings, Welsh and Normans - with more to be published). With plenty of illustrations, step-by-step examples and diagrams, learning the game mechanisms is simple and intuitive. Less than thirty models per side are needed to star playing, so get ready to immerse yourself in this age of heroes and write your own sage.

This is the core rulebook for the SAGA: Dark Age Skirmishes system.

Please understand that we try and dispatch orders as fast as possible, usually within tow working days, but if we have to order something in or at busy times such as after Black Friday or a public holiday it may take a little longer for us to dispatch your order. As such, we appreciate your patience under these circumstances. Please allow for up to 28 days for delivery. 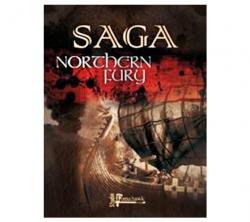 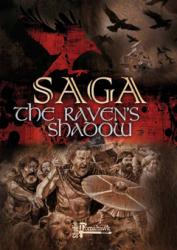 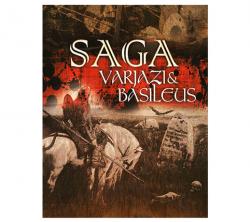 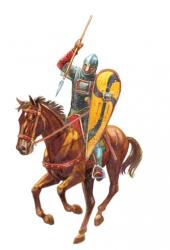 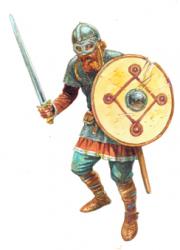