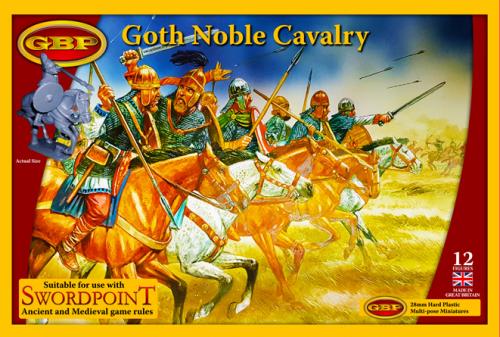 Price: £22.00 Sorry, currently not in stock!
Get notified when back in stock

Inside you will find parts to assemble 12 finely-detailed armoured cavalry, fighting with either spear, sword or axe, suitable for use in Swordpoint. The box also includes a vexilla and a standard for conversion purposes. These models can be used to represent a wide range of armoured cavalrymen from 300AD to 800AD, including the Ostrogoths, Visigoths, Vandals, Franks, Germans, Herules, Lombards and more.

The Goth Noble Cavalry formed the core of the Gothic armies that washed across Europe during the Dark Ages, serving as heavy cavalry that brought death and destruction to their enemies in support of the infantry, light scouts and horse archers. The average cavalryman would have been equipped with a mail shirt, an iron or steel helm and whatever weapon they could afford. Wealthier Goths may have opted to garb themselves in lamellar armour due to the additional protection it offered against the blunt force trauma inflicted by the maces and axes common in the period.

Supplied unpainted and unassembled. This product comes with six 50x50mm bases from Renedra.

For transfers you can use the round designs on these sheets and there are Goth designs in this range too. 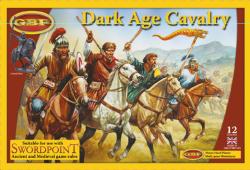 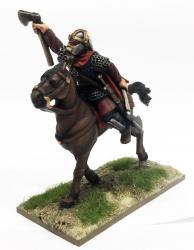 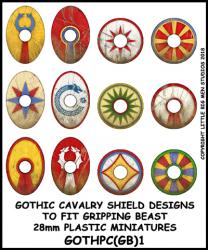 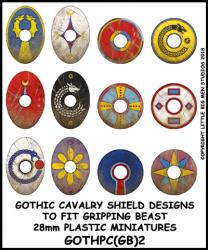