Welcome to the first of a new occasional series of blog posts called "By My Command". Each post will be showing off a command stand from a GB Staffers collection.
This week it is Lord S's British & Welsh Kingdoms King from one of his Swordpoint armies. 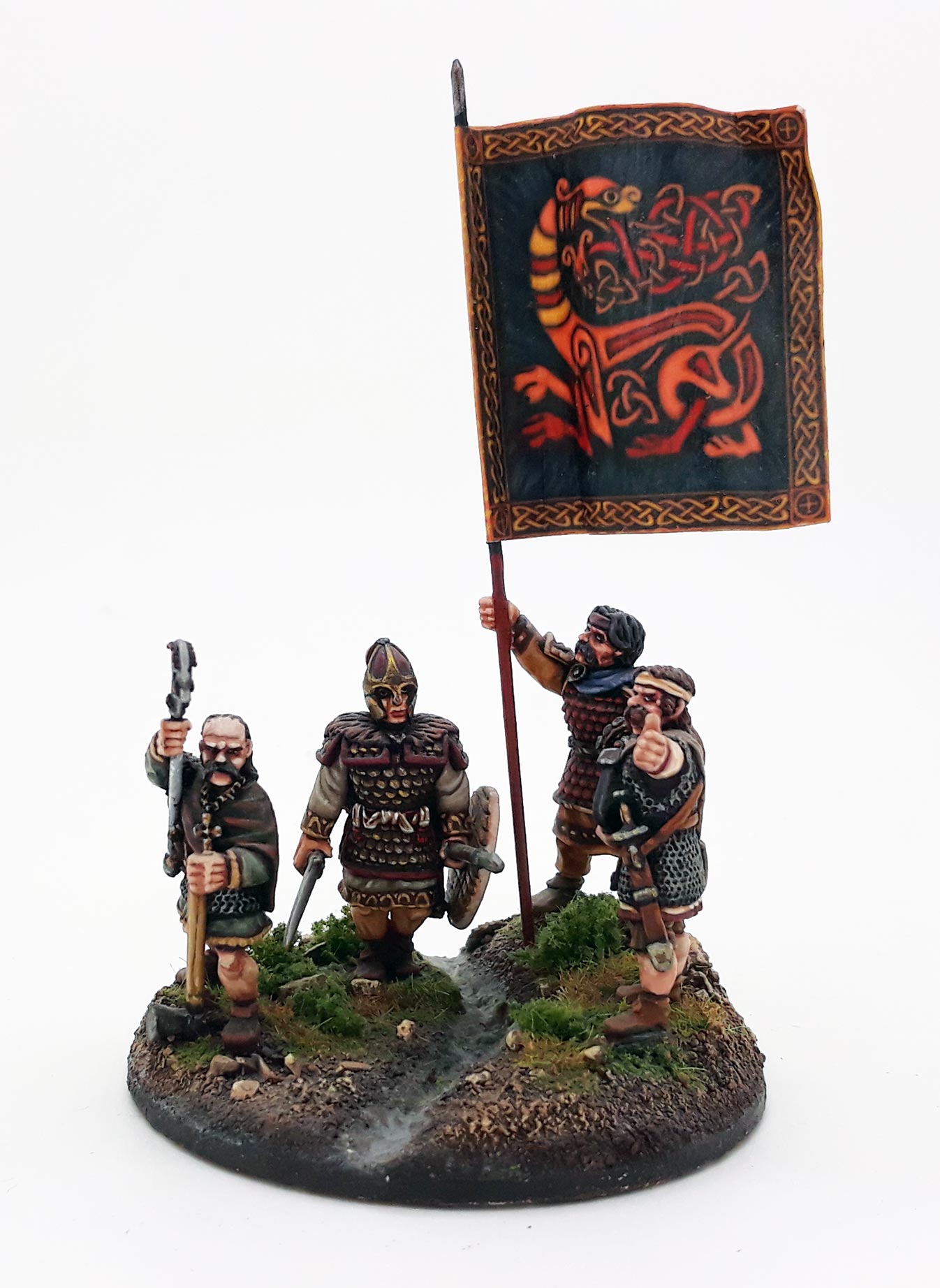 First thing to say is that, of course, Lord S neither assembled nor painted this beauty. It is the work of Darren Beast. Obvious really.

The base is a 60mm plastic base from Renedra, the 'correct' size for a General base in Swordpoint. Darren built the base up using a layer of kneedite modelling puty over some slate 'stolen' from Lord S's gardens. Builders' Sand was used to texture the base before it was painted with Army Painter paints. Static grasses from Army Painter and 4Ground.

The little stream was a bit of an experiement using PVA glue. Not 100% sold on it but Darren blames the dust in Lord S's study/library getting on the glue before it was fully dry.

The banner is from LBMS Dark Age Bestial Banners sheet. 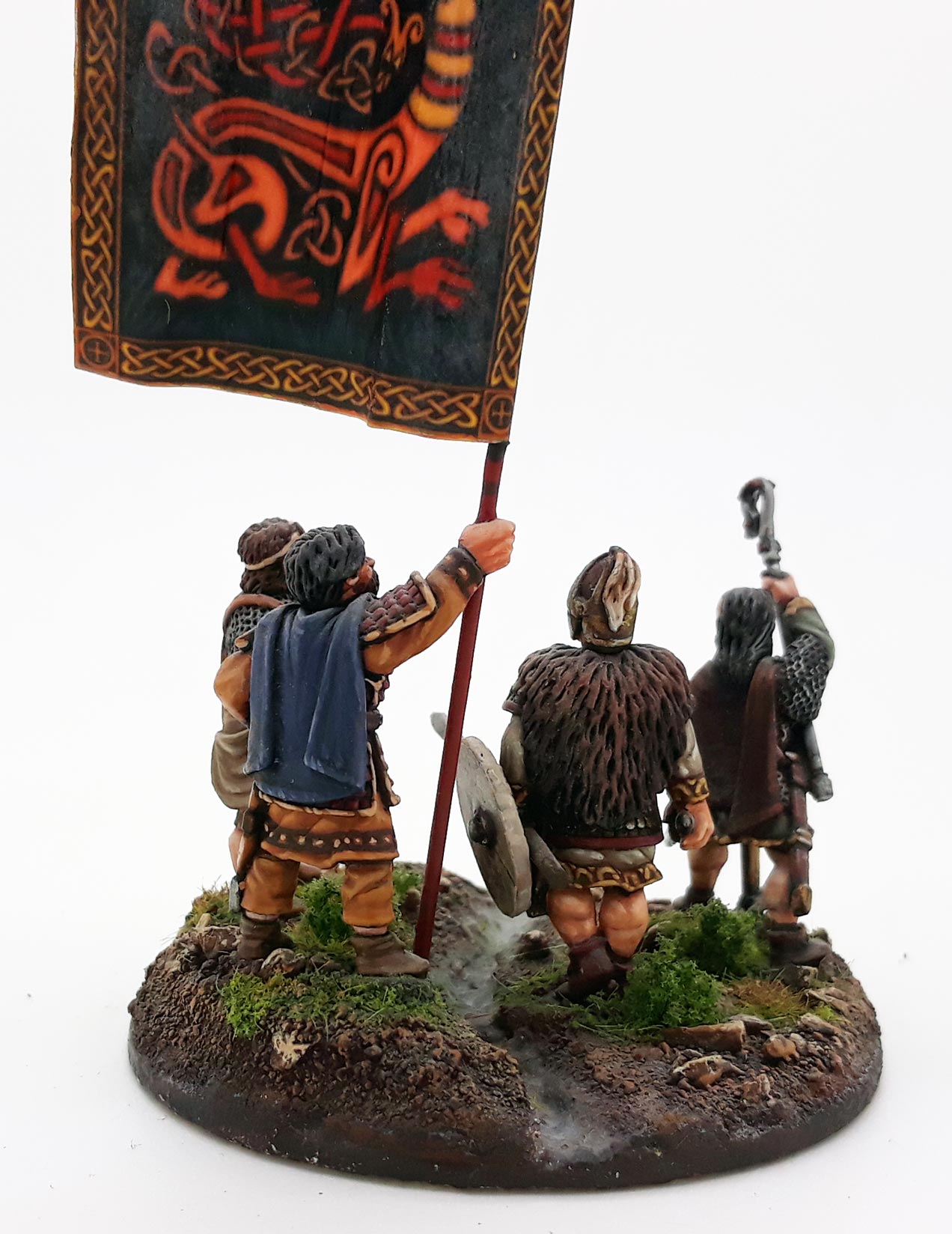 Subscribe to the Gripping Beast newsletter for all the latest news, offers and products! You can unsubscribe at any time