Swordpoint V1 Errata (Army List Errata are in their own by book sections - scroll down!!) Updated 31st October 2019

NB THIS IS FOR Version 1 of Swordpoint - there will, inevitably, be one for V2 but not yet!

Inevitably some errors remain in the published work however hard we try. Sorry!

When armies do not reach break point: Change last bullet point to read “Each three surplus Momentum Tokens held in a player’s pool at game end, after each discarding the number of tokens held by the player with the lower number: 10 victory points”.

Page 13: Shooting: Replace the first paragraph of 1.1 with the following:

A unit may only shoot if its centre front point can see the target unit within a 90-degree arc. All missile-armed bases in the unit will then shoot even if some bases cannot see the target. 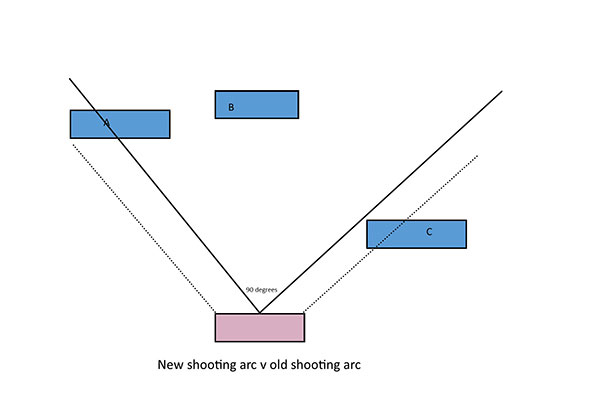 Replace the first sentrence of the third paragraph with the following:

There must be a clear path from the shooting unit’s entire frontage to the entire frontage of a target unit for shooting to be resolved at full effect. If this path is partially blocked by terrain or troops, the target is obscured and counts as if in soft cover. This modifier does not stack with the genuine soft cover modifier. 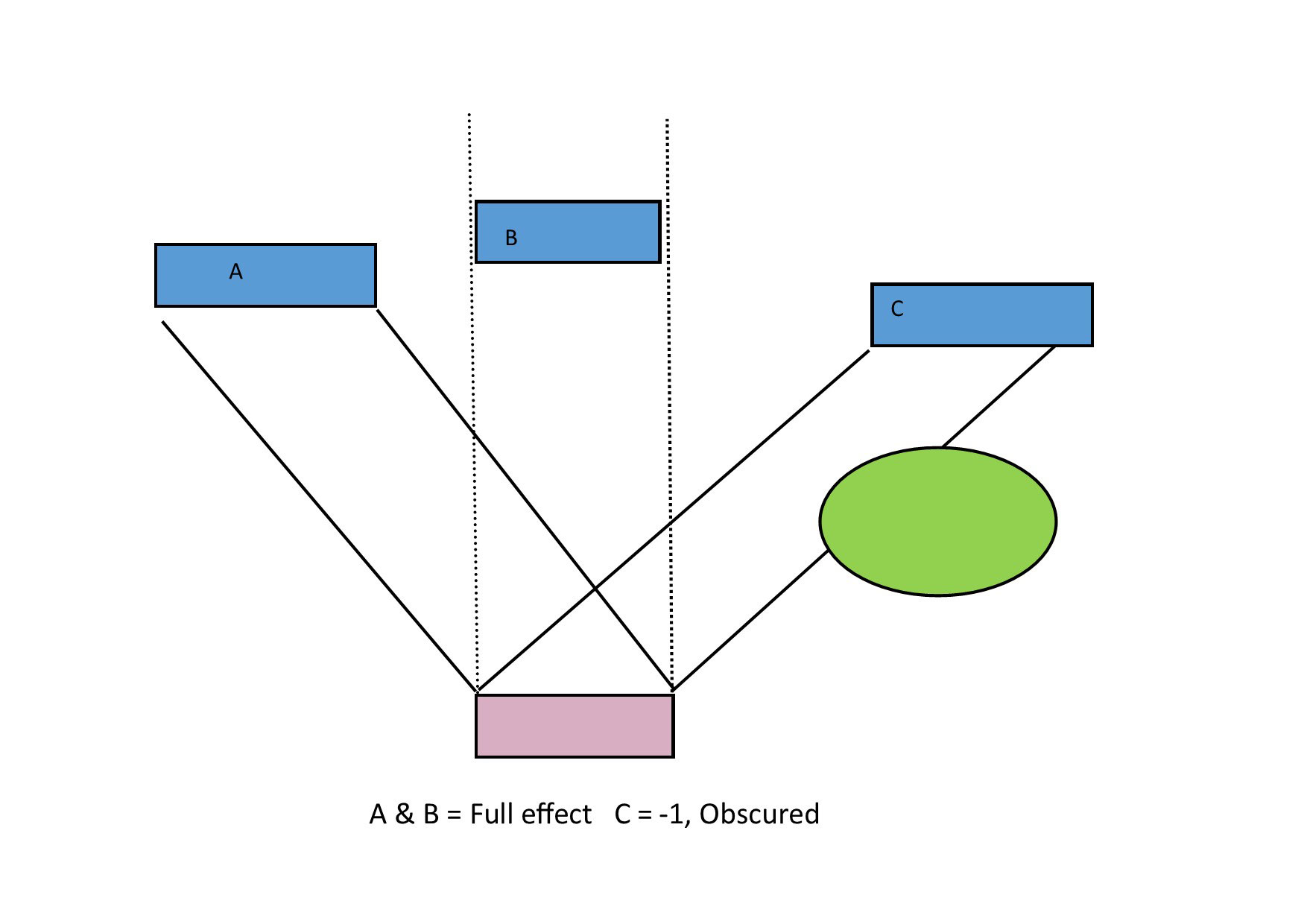 Skirmish cavalry and chariots may also shoot to their rear using the same rules.

If the unit is shooting at its target through a gap between two friendly units, the minimum gap that can be shot through is 80mm in width. 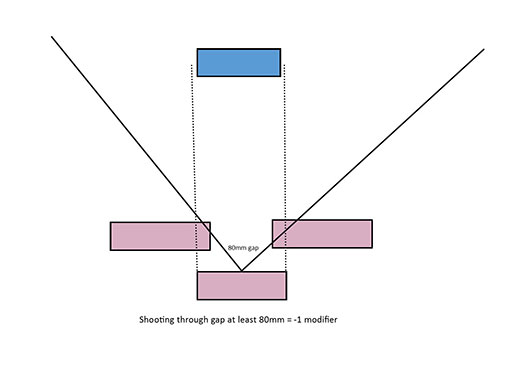 Page 14: 2.1 Hitting the Target: Change last sentence of second paragraph to read: “The bonus does not apply to formed inferior shooters, nor if the unit’s front row is not shooting”.

Page 14, To Hit Modifiers: If shooting modifiers combine to mean that the target can only be hit by throwing a 7 or more, each 6 thrown is a hit but the target improves its Defence value by 1.

Formed units armed with bows, longbows, handguns or crossbows and no named melee weapon may not declare frontal charges against formed units unless they successfully pass a Cohesion test to do so. If they fail this test, they may not move in the movement phase.

Page 18: 3.3 Movement of disengaging troops: Add to first paragraph: “The unit may diverge from its direct path to avoid other troops”.

A formed unit which moves must move forwards by least half an inch, unless it starts its move with an about face. No part of the unit can end behind its start point.

Only a formed unit which moves straight forwards, with no alteration to its’ orientation, may move its’ full movement distance. Any other forward move goes a maximum of 75% of the full move distance.

A formed unit which commences with an about face obeys all the normal movement rules for the remainder of its move, based on its’ new direction.

A formed unit which does not move straight ahead will end its move oriented more to its left or right than it was at the start of the move. Its centre front must lie within the 45-degree arc to the relevant side of straight ahead at the end of its move. It cannot lie on the straight-ahead line. It cannot rotate more than 90 degrees.

Test 1 in paragraph 5.2 Manoeuvres is no longer applied. Test 2 is still applied to determine whether the unit has made a legal move. 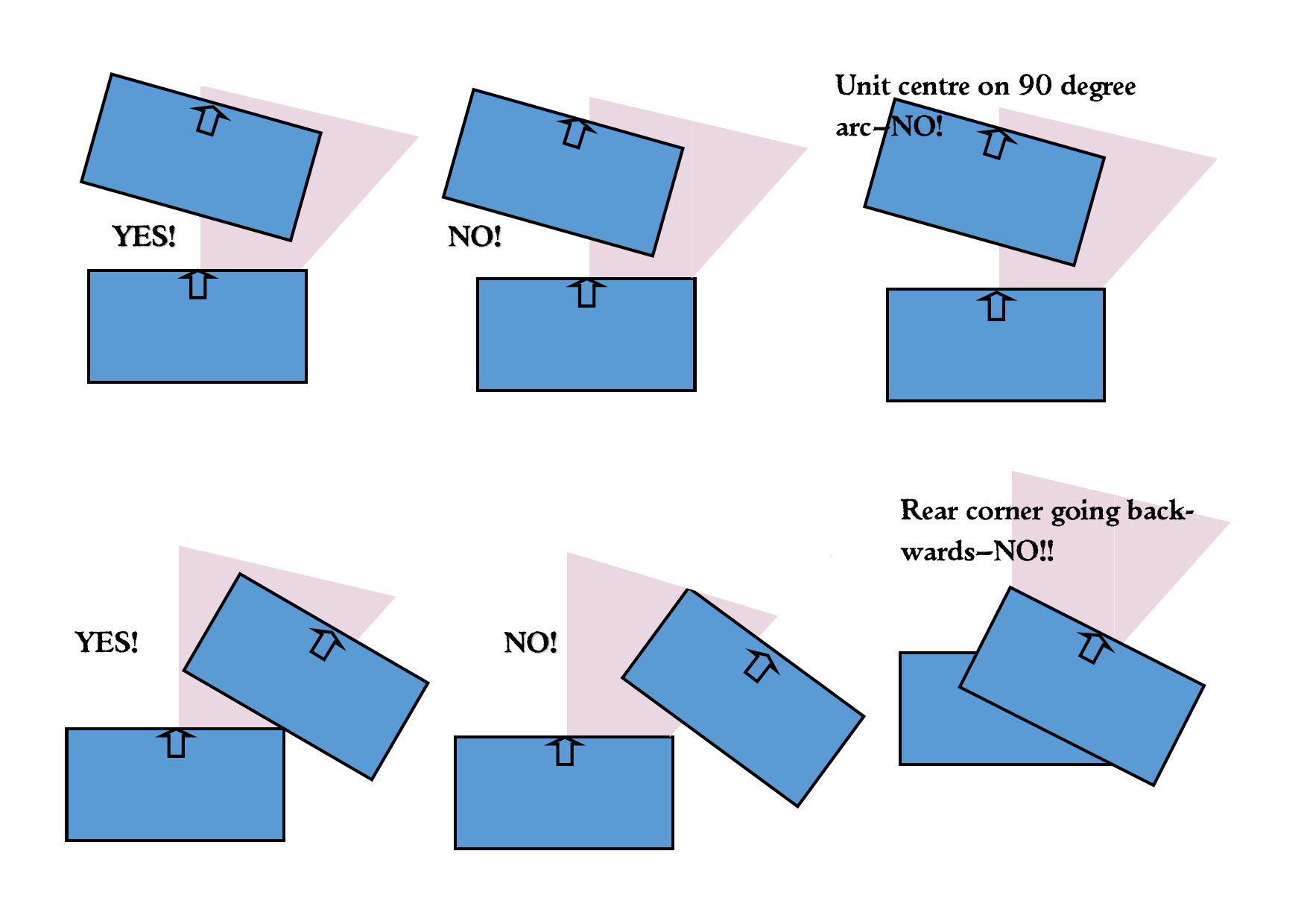 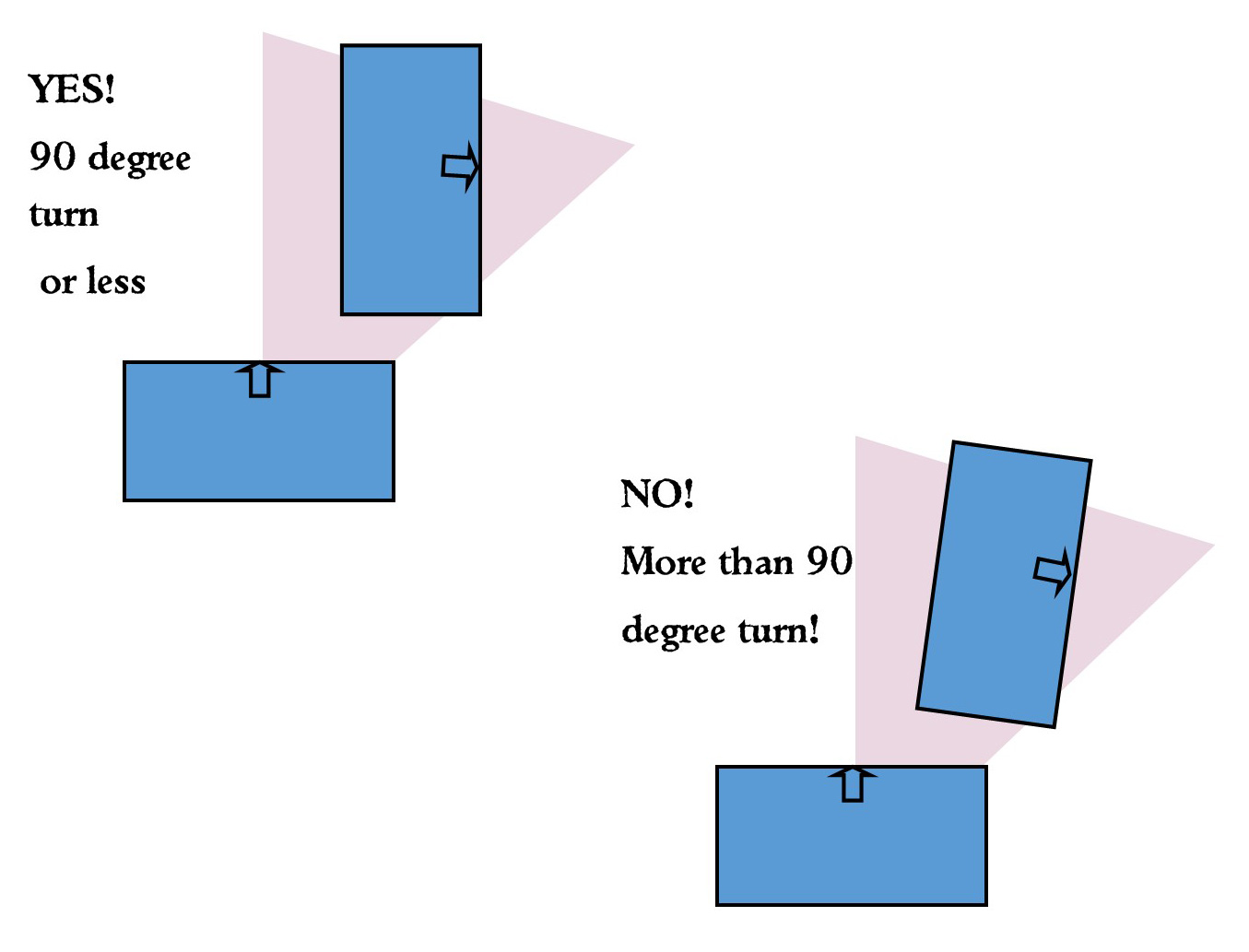 A skirmish unit may move in any direction. If it moves straight forwards, with no alteration to its’ orientation, it may move its’ full movement distance. Any other move goes a maximum of 75% of the full move distance.

A skirmish unit loses half its move distance if it changes its formation.

Page 21: Change Formation (5.2.2) Add at end: “When changing formation a unit must expand or contract symmetrically around its centre point or as closely to this as possible in its circumstances”.

Page 24: 1.5 Hitting the enemy:  Replace the first sentence with: "Throw two D6 for each formed infantry base fighting with a named melee weapon or javelins and one D6 for each other infantry, cavalry or Skirmisher base" .Change last paragraph to read “Inferior Fighters hit all on a throw of five".

Page 24 Weapons Modifiers: Add: In the first round of fighting, Javelin armed infantry or cavalry units who did not throw them in the shooting phase gain 1 dice per 2 bases in their front rank (rounded up). This bonus does not stack with that for throwing spears.The additional dice do not attract defence modifiers granted by the units other weapons, such as cavalry spears.

Page 26: 2.2 Applying the Combat Result Differential: Below the table the paragraph should read: "Troops that are fighting to flank or rear read their combat result one line lower on the table than the difference in scores suggests, even if they achieve a differential of 0. So a flanked unit must actually win to avoid being pushed back, a draw is not enough." You should note that other special rules which alter the result line used, such as Shock Cavalry, Warband or Elephants, only apply to a genuine loser, so the differential must be at least 1. One of these special rules can be applied in addition to the flank/rear rule, but two cannot, neither do they "stack" with each other (as they each alter the "normal" combat result).

Page 37: Skirmishers in Combat: A skirmish unit that is charged by a Scythed Chariot and successfully passes its Cohesion test may open a lane in its ranks to let the Chariot through without damage. The Chariot is then removed from play.

Add rule 6: Levy missile troops do not enjoy the extra shooting dice for their second row (Page 14, 2.1 Hitting the Target)

Missile troops in Mixed Order units only shoot when in front of the unit’s melee component.

Page 45: Warband: Add new point 5: “Warbands may not voluntarily move further away from an enemy to their front and within 8” of them. It follows that they may not declare a disengagement.”

Page 52: Sassanid Army list: All commanders ride horses. Army Composition should say “Infantry: Up to 50%. Cavalry: at least 50%”. Light cavalry entry: Should refer to “Horse Archers” as a single entry.

The army may include a Wagon Tabor. In a Post-Mongol Conquest army, a Wagon Defender may exchange his bow for a crossbow (+2). Points for the Tabor come from the Infantry section.

There may be one base of defenders per wagon in the Tabor. Defenders have javelins and shield. Inferior Fighters. May exchange javelins for bow (free). They form one single unit.

Allies act in every way as a normal part of the army.

When fielding Allies, only the troops native to the Allied list can be used - not the allies of the allies!

Where a minimum is shown for a unit type in the Allied list i.e. "+2 Horse Archers", then these units must be taken as Allies before any other unit.

Any restriction, limitations or options in the Allied list i.e. 0-1 Guards, the unit must not be more than four bases strong, every second unit may be fielded as skirmishers etc, apply.

All troops imported from the Allied army count only against the Allies percentage and are not affected by the host army’s proportions. For example, the Viking list has no Cavalry component but it can take Irish or Saxon cavalry from its allies.

However, you may not take more of a troop type from the allied list than it allows to its own forces. For example, a list allowed 50% allies cannot take 50% allied cavalry if the allied list only allows 25% cavalry.

Do you have a question about Swordpoint that you would like the Development Team or the Play Testers to answer? If so, please contact Team Swordpoint! 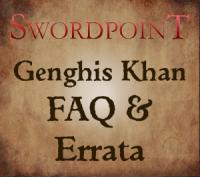 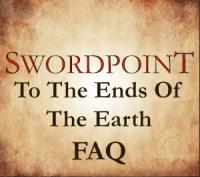 SWORDPOINT To the Ends of the Earth Errata and Living FAQ 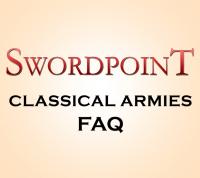 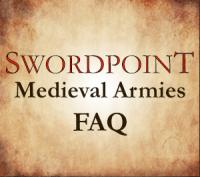 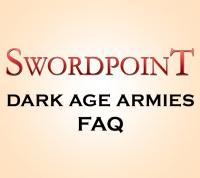 Return to: All Categories or All Products